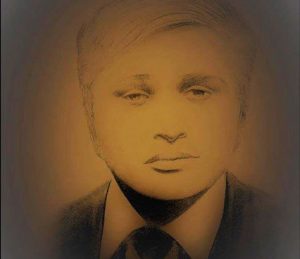 He is the Founder and Chairman of Mayur University, a small university in London teaching Indian philosophy and medicine, and in 1977 co- founded the management consultancy McAlpine, Thorpe and Warrier in London, the Ayurvedic Company, and Delhi London Poetry Foundation in 1987, to encourage young writers to write in English.

He comes from a distinguished Indian family of writers, physicians, diplomats and administrators in Kerala, India. His father was Principal Secretary to the Government of India and the Chairman of the Indian Railways, and his Grandfather M.R. Krishna Warrier and his uncle Madhava Warrier were leading poets of Kerala, writing in Malayalam – the  language of Kerala.

He has published four collections of poetry, written several books on Ayurveda, written, produced and directed four plays which were staged in London, Mumbai and Bangalore, and also five films of poetry.